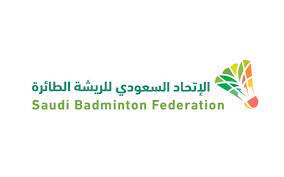 Hayat Al-Riyadh Hotel is honored to receive the Saudi Badminton Federation, to perform the training camp located in the city of Riyadh.

The achievements of the program since its launch in 2015 AD:

Increasing the number of practitioners between 2015 and 2017, from 75 to 350 players distributed in training centers of the Saudi Badminton Federation around the Kingdom.
Qualifying 150 teachers specialized in physical education to play the role of spreading the game in government schools and teaching its basics to students, which contributes to increasing the number of practitioners of the game and facilitating the discovery of talents related to badminton in the Kingdom.
A number of players who were selected through the program that started in February 2016 achieved a number of local medals due to the program’s efficiency in achieving the sports development of the players.
Through the program, 7 players were selected as representatives of the elite team, who received a number of local medals. The players are:
Moaz Al-Ghamdi (Al-Baha)
Nawaf Al-Ghamdi (Al-Baha)
Abdullah Al-Ghamdi (Al-Baha)
Abdullah Al-Harthy (Mecca)
Moataz Al-Bukhari (Mecca)
Abdulaziz Al-Othman (Eastern)
Abdul Rahman Abu Sbeiha (Al Majmaah)